Risks of Employers and Employees in Case of Transitioning Employees to Working from Home. Decree of the Mayor of Moscow No. 97-UM of 06/10/2020 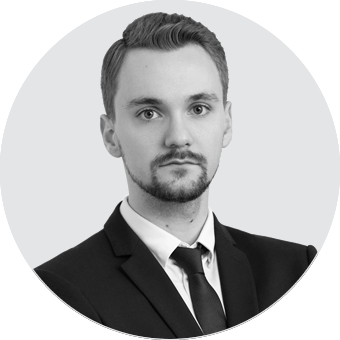 Konstantin Shorygin
Senior Associate
Corporate Practice
Litigation & Arbitration
Recently, there has been quite a lot of talk in the society in general and in the legal community in particular about the second wave of the COVID-19 pandemic and about the measures that the authorities are taking to prevent a serious collapse: social, economic and medical. In this regard, the new rules of conduct that are adopted by the public authorities of Moscow almost every week are of great interest. And the latest decree adopted by the Mayor of Moscow raises several questions in relation to the norms of labour law and legislation on the processing of personal data, and also creates risks for employees and especially for employers.

The Labour Code of the Russian Federation (hereinafter referred to as the "Labour Code") allows employers both to collect and to process personal data of employees, including in order to comply with the requirements of the federal laws and other laws and regulations (para. 1, Article 86 of the Labour Code). In the present case, the Decree of the Mayor of Moscow has obliged employers to transmit personal data, namely mobile phone numbers, to third parties. It is debatable among legal professionals though whether mobile phone numbers can be identified as personal data. Nevertheless, for the purposes of the current consideration, we will equate these concepts.

The Labour Code fundamentally stipulates that it is necessary to obtain the written consent of an employee before transmitting his/her personal data to third parties and that an employee, in turn, may challenge any misconduct of the employer related to processing and protection of his/her personal data in court (Article 89 of the Labour Code) which already creates the potential litigation that may be initiated by employees. However, the present case can and should be considered comprehensively. The labour legislation allows not to obtain the written consent of employees if their data is transmitted for the purpose of complying with the laws and regulations. Here, we should bear in mind that employer is bound by the rules established both by the Administrative Code (the Code of Administrative Offences of the Russian Federation) and the Decree of the Government of the Russian Federation No. 417 of 02/04/2020 On Approval of the Rules of Conduct Obligatory for Execution by Citizens and Organisations, in Case of Introduction of High Alert or Emergency Situation, which require everyone to comply with the requirements of the regulations adopted by the highest executive body of the constituent entity. And in Moscow, it is the mayor of the city.

Thus, there are risks on the part of employees. However, as mentioned above, it all comes down to proving the legal force of the published regulations, namely the Decrees of the Mayor. If the issue reaches the Supreme Court of the Russian Federation, it is probable that it will decide that the Decree in this part does not conform to the law.

The Moscow government has already stated that the transmitted information will be used exclusively to assess passenger traffic. However, it should always be understood that any clarification or recommendation has no legal effect until it is properly formalised in the form of a legal document. That is why it is very difficult to assess the true motive of the Moscow public authorities in collecting such data. In any case, we must realise that the data transmitted is subject to a presumption of reliability, and companies act in good faith transmitting it, so there is no need to verify the collected data. But if the data is found to be false, the employer risks being fined in accordance with the same regulation that obliges it to transfer the personal data of its employees – Article 20.6.1 of the Administrative Code (Failure to comply with the rules of conduct in an emergency or threat of its occurrence) with a fine of up to 300,000 roubles.

It is very simple: the transmission of false information will be regarded as failure to transmit information.

With regards to situations when data transmission can be a problem or it is not possible to transition such a number of employees to remote work, the government bodies of Moscow have already managed to give recommendations and establish rules as well. Decree of the Mayor of Moscow No. 97-UM of October 06, 2020, stipulates that it shall not be applied to those employees of the organisation who, due to their functional significance for the company's operation, cannot be transitioned to remote work and cannot perform their job functions remotely. At the same time, the Moscow Government provided an explanation in connection with the publication of this Decree, which is posted on the official website of the Moscow Government. It states that if a company employs one employee, there is no need to transition them to working from home; moreover, employers, in general, can transition employees to working in shifts, i.e. some employees work one week, other employees work the next week. However, we must bear in mind that these explanations are exclusively public and have no legal force until they are stipulated in the relevant regulations. But even by reference to these explanations and provisions, we cannot exclude that law enforcement officers may consider employees not being significantly important for the company and impose the corresponding sanctions.

Obliging to transition any number of employees to remote working or declare business days as stay-at-home days not in a duly manner by an entity that is not authorised to do that raise reasonable doubts in legality of such actions since they are not provided for the applicable labour law.
It is the right of employee and employer to choose the form of performing one's job function. The Labour Code provides for the possibility of remote work (Chapter 49.1) but the terms and conditions for its performance must also be stipulated in the employment contract.
We believe that an intention to oblige employers to imperatively choose the form of work for employees, without taking into account the opinion of the employees themselves, can be considered as a contradiction to the principles of labour law of our legal system related to social partnership and the dispositive foundations of interaction between the parties to labour relations, as well as constitutional provisions, especially freedom of labour in the first place. Just a few days after the publication of this decree, it became known that a group of deputies of the Moscow City Duma asked the regulatory and supervisory authority to check the legality of the mentioned Decree of the Mayor. This suggests that doubts about the legality of such measures arise everywhere.

In the current conditions, failure to comply with the requirements of such bylaws can lead to serious consequences for business, including administrative suspension of activities and rather large fines for both legal entities and their officials. But even in the event of disputes, you should not count on the favour of the governmental bodies, since the budget deficit will result in the collection of all possible penalties to the relevant budget revenue.
And we, in turn, will continue to monitor the development of the second wave of the COVID-19, as well as the actions taken by the authorities in the legal field in connection with the situation.