10 Factors to Identify the Loss of Loyalty by local Director. Russia. 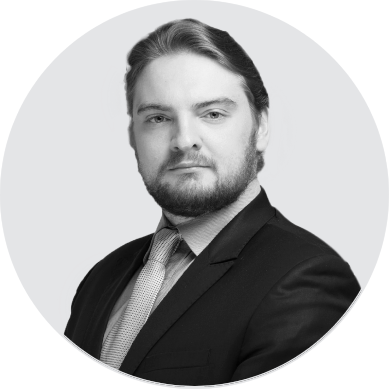 Kirill Shcherbakov
Partner
Corporate Practice
Litigation & Arbitration. Bankruptcy
General Director manages the production and commercial activities of the company. It is the person who due to his duties is involved in all key corporate processes related both to purchases, employment and relationships with buyers/contracting parties.

Herewith, however, General Director is an employee who must act to the benefit of the company and founders thereof. He receives remuneration following an employment agreement rather than dividends like other participants of the company do. Herewith, the more actively and successfully the company develops, the more its Head believes it is to his credit and it is difficult to disagree. It is often the head of the company who is the reason for the company's running, development, success or failure.

Over the time, subject to lack of proper control and strict corporate structural policy provided by the participants of the company, General Director starts believing that the whole success of the company is to his credit and he has a right to a part of the profit. When this issue is discussed in the open, the participants may establish an incentive plan for the General Director, approve his individual KPI and discuss the company's further development and growth.

However, in practice, quite another situation happens often enough. Let's make a reservation at once that we don't play down the importance and professionalism of managing directors who honestly do their job. We are talking about a very dangerous developing negative tendency which, to the best of our knowledge and experience, takes place due to a lack of control by the participants and shareholders of the company.

Being fully involved in commercial and administrative issues, General Director gets a wide range of opportunities to himself for personal gain at the expense of the company and may start acting contrary to the benefits of the company and participants thereof. This can start with increasing privileges and benefits at the expense of the company: lobbying for a more expensive car, higher class of tickets, covering the maximum amount of individual costs at the expense of the company, etc. In the long run, the value of 'keeping' such a director may significantly exceed his wage. However, all the more negative scenario occurs when the director starts doing business for his gain, working 'for himself'. This can go on for months and years. Director may conceal the actual growth of the company's profit and development in its sector by showing the minimum profit to the participants. The participants, especially foreigners, are often unable to detect such things.

Why does it happen like that?
We will consider the most specific reasons in our article.

What signs can help foreign beneficiaries to identify the risks when General Director of their Russian company stops working to their benefits?

Based on the experience of dozens of similar cases, we are ready to identify the following risk factors

That's why it is dangerous.

It is obvious that the director wishes to work with his team and recruits them for himself. It happens quite often in practice. However, experience has shown that the director feeling so 'free' just peels apart disliked, independent and even experienced employees. Corporate comb-out and 'dictatorship' begins. A team of engaged 'old friends' and new employees 'recruited at his own discretion' creates a serious conflict of interest either when making important decisions or when resolving important issues in the company. The corporate structure loses the power and interests equation, motivation and competition. The director 'friendly' cooperates with his friends requiring only for loyalty. Bonuses serve as remuneration for loyalty and silence. Should the reasons of the bonuses be scrutinized, it will turn out that the financial incentives paid to the team of friends often do not depend on the result or disproportionate to that. The director in his turn loses adequate feedback from the team and objective assessment of his professional activities: the circle only runs errands with total lack of healthy criticism. As a result, the company incurs increased, unreasoned HR costs, the decisions made are not always optimal and the Director obtains dangerous freedom for improper use.

We have often come across the situation when the director 'lost his way' having finally recognized the management freedom, and impunity, and, consequently, an opportunity for future improper use.

How to minimize risks:

We recommend that the corporate structure should be built with maximum restrictions to hire 'old team', especially to the posts of chief accountant and top management. Only 1-2 persons are permitted but they must be reporting to the participants (shareholders) to the maximum extent, herewith the assessment of the efficiency and reliability of their work should be approached as critically as possible.

The director should not make decisions on hiring new employees, as well as dismiss them, on his own. They have to be approved by a responsible HR department at the level of the company participants. Companies may have such rules but often they are not followed. It is also worth providing the security service or external independent consultants with the opportunity to 'check' a candidate. All bonuses must be justified by effective work, controlled and limited.


2. General Director selects an audit company to prepare a report on financial activity for the participants.

In Russia, many small audit companies maybe not as reliable as should be, realizing who decides to for their services. The director again, if he acts in bad faith, engages friendly auditors.

The first problem. Participants often do not take the auditor's report seriously relying upon the information regularly received from the director. In this case, they take the report as a formality.

The second problem. Even because of the strict regulation of audit activities in the Russian Federation, a 'friendly' auditor may avoid asking the right questions, skip some moments he must focus on. Everything will come to a formal analysis of the documents submitted to him without asking additional questions. From the formal point of view, the auditor has done his work but the participants will not see the whole picture.

How to minimize risks:

An audit company must be chosen by participants. For instance, a tender may be arranged for several companies. It is also important to replace the audit company regularly if it is allowed by the corporate rules.

It is a bad sign. In cases like this, it is necessary to request a history of cash movements. Even if the history is clean, it does not mean that improper use has not taken place or been prepared. It is necessary to close the accounts, bring the director to the task and check him in terms of abuse of authority.


4. The company has a significant percentage of toxic debts, i.e. the debts not paid by contracting parties or part of the debt remains outstanding for a long time. Especially if more than 3 years have passed since they appeared (the debts appeared under the management of the current General Director are meant here). The director in his turn has not taken any actions (meaningful actions) to collect them.

There have been many precedents when contracting companies were directly or indirectly affiliated to General Director, chief accountant, salesperson. General Director's criminal conspiracy of such a kind s quite common, especially if he is engaged in the staff recruiting himself.

It is important to check the connection of the General Director with contracting companies.


5. General Director takes business trips at the expense of the company the purpose of which is questionable, especially international ones.

It is recommended to check the purposes of all business trips of the director.


6. Claims are filed against the company regarding failures to make payments or violations of contractual terms.

Recommendations: It is necessary to establish the reasons for such claims. Sometimes they are behind bad faith or lack of competence of the company management. Because of the subsidiary liability of the participants, it is important to understand the said risks and eliminate them.

It is also very important to check suppliers and contracts themselves in terms of legal risks. If a supplier is recognized as a bankrupt, the transaction is a party to may be challenged by an insolvency receiver over the last 3 years. Managers and directors, as a rule, have nothing to do with that, because often it is only the sales figure and relevant KPI that is important in for the work. It is obvious that nobody will take the bonus away if the transaction is challenged in a year or two.


7. Vacation days of General Director do not comply with the law and the agreement.

It often happens when the director does not take the vacation officially to get large compensate in case of dismissal. According to the labor legislation, unused vacation is not 'burnt down' annually but accumulated.

It is almost impossible for the participant to find that out. Regular legal and audit inspections help to minimize the mentioned risks. It is also worth finding out the reason why the head does not take a vacation for more than a year or two or three years. He can have rest but it is not reflected in reports. All this entails additional and unjustified costs for the company.


8. The company's turnover grows in disproportion with the profit growth/growth of dividend payments.

In this case, we can talk about the embezzlement of funds, mismanagement, or unreasonably increasing costs. All this reduces dividends due to the participants with unequal growth of commercial risks, as the growing turnover of the company attracts more attention to inspecting authorities.

Recommendations. Independent audit and financial analysis usually reveal inconsistencies and reasons for such a fact but it is important to make sure that the inspection the company undergoes is independent.


9. Tax claims against the company.

Even if General Director in cooperation with the chief accountant may succeed in misrepresentation of the truthful overview for the participants inside the company, a tax inspectorate may identify the inconsistencies during a tax inspection. And again it the company which bears the risks of the tax legislation violation having a negative effect both for its reputation and the profit. If the tax claims are unjustified, they are recommended to be challenged to avoid negative practice; if they are justified, the reasons thereof must be identified.

It is recommended to scrutinize the grounds of the claims of the tax authorities and why they arose. For instance, oblige the director to notify of all claims made by the public authorities before starting hastily the procedure of settlement thereof on one's own. Failure to notify shall be a breach of the director's job description and shall entail liability.


10. Real estate and assets of the company are not used for their intended purpose.

Over the years of experience, we have repeatedly had to deal with situations when a large production enterprise represented by General Director leased out part of its warehouses, land plots for cash to his benefit. Of course, the founders were not notified of the said discreditable practices. The company, in its turn, is liable for the actions of the 'tenants' under such kind of agreements.

Recommendations. The presence of unauthorized persons or goods at the company's facilities is a serious reason to check the activities of its management and responsible persons.


We have given a limited number of examples that may occur under similar circumstances. There are many cases of inequitable conduct. Companies suffer losses, development stagnates, and dishonest employees become richer significantly.

To prevent this, it is necessary to check employees, contracting parties, analyze all contracts and agreements, as well as to conduct a comprehensive audit of the company(forensic) in terms of abuse, financial fraud.
© BBNP Law Firm